Congratulations to our crime-fighting sleuth, Neil Behm for his 30 -year service to Crime Stoppers Queensland and ensuring the ongoing safety of our Sunshine Coast community. 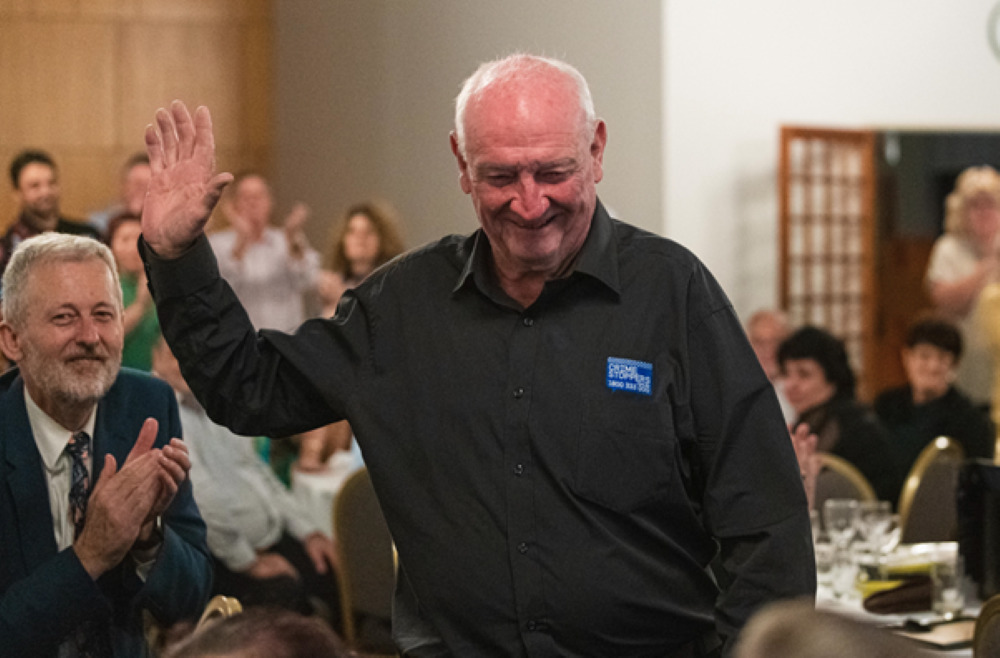 Crime Stoppers Queensland is proud to recognise Neil Behm for his 30-year crime-fighting service, the longest serving volunteer on the Sunshine Coast.

A former Queensland police officer, Neil first joined Crime Stoppers Redcliffe in 1989 before moving to the Coast in 1993 where he continued volunteering for the program.

Over the past three decades, the 77-year-old Currimundi resident has spent many hours, working with Crime Stoppers to help local police reduce and prevent crime from occurring in the community.

Neil was recognised for his service milestone at a special Crime Stoppers Queensland awards event in Brisbane this year.

“I am proud to have been part of Crime Stoppers Queensland for the past 30 years and will continue to provide my service to the community,” he said.

“I am very honoured to be recognised for my service to the organisation but it’s the tireless efforts of all our volunteers that make our work so successful across the Coast. Crime Stoppers has had a big impact on the Sunshine Coast in helping to solve and prevent crimes from occurring.

“My wife Denise Behm joined Crime Stoppers 20 years ago when I retired from the police force and together we’ve been helping to reduce crime across the region. It is such an important service, giving people the confidence that they can confidentially report crime or suspicious activity. We always welcome new volunteers to our branch.”

Neil and Crime Stoppers Sunshine Coast were part of a team that assisted in Queensland’s biggest ever missing person’s investigation for teenager Daniel Morcombe.

Time and money invested in finding Daniel, including coordinating donations, was led by Sunshine Coast Crime Stoppers area committee. Crime Stoppers efforts and the ongoing mission of Denise and Bruce Morcombe led to the launch of the Daniel Morcombe Foundation in 2005.

Crime Stoppers has been part of the Sunshine Coast community since 1990 and is the most trusted information receiving service for people wanting to report unsolved crime and suspicious activity.